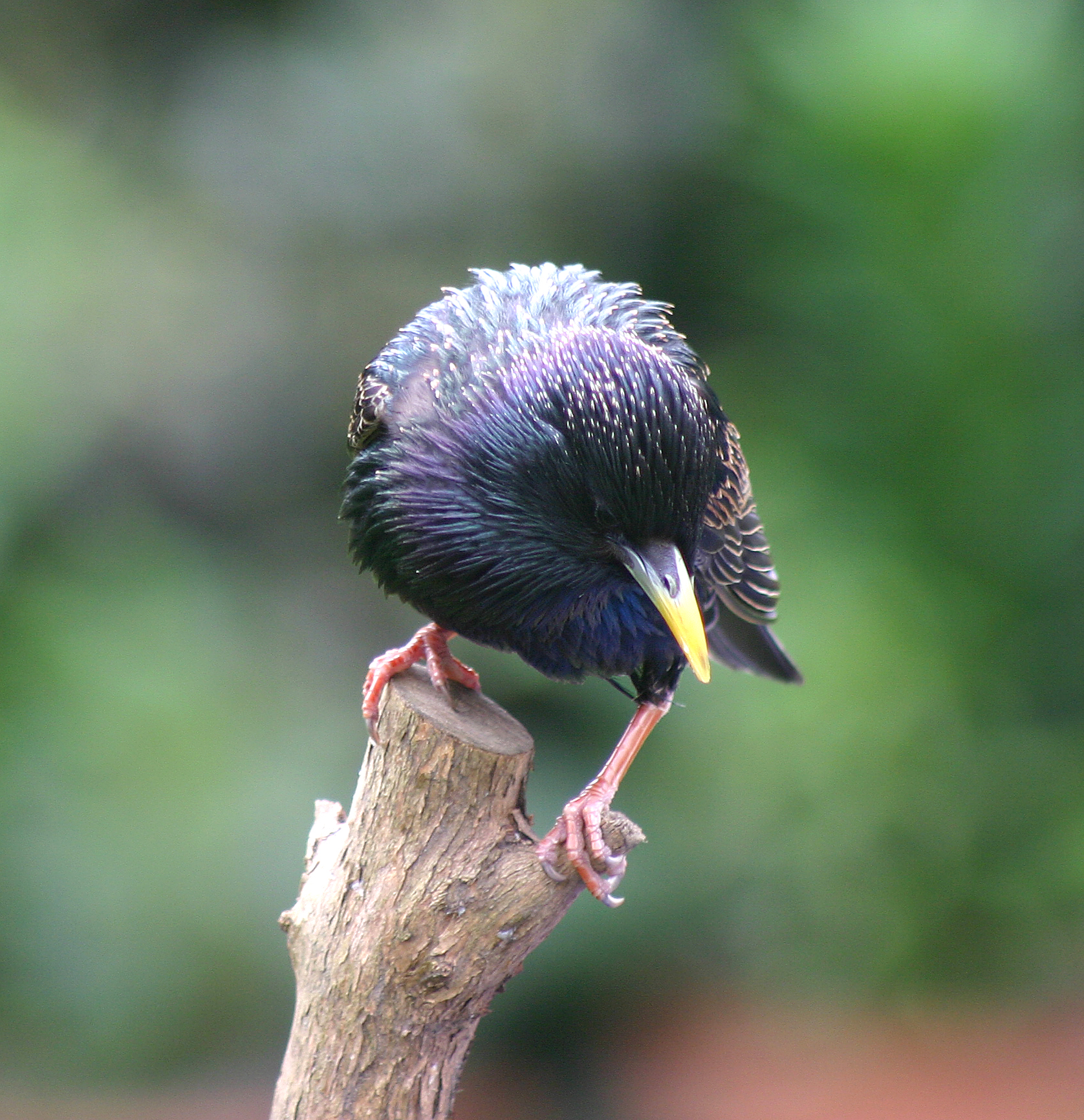 Welcome to my account of the Winter Lockdown Garden Birdrace, an enthralling nationwide event that involves dozens.

I should have set the alarm I suppose, but the gloom of early morning filtering into my warm, cozy slumber hardly lent itself to springing out of bed and throwing back the curtains with relish (something I stopped doing when I was about 10 I think). Instead I hauled myself into a sitting position, checked I still had a pulse, and thus assured, set about the morning ritual. But this was not just another day, oh no this was a special day. Another Lockdown, another Garden Birdwatch! This time a winter vigil which I suspected might well level up the playing field with those northern isles birders that would now have restricted daylight and no seabird colony on their back lawn. Was I right? Read on.

Once again the event was organised by that stalwart Darren Archer, who if he’s not careful, and with the way things are going, could be organising these biannually for the next decade. The rules are simple and essentially involve no more than recording as many species of bird as possible from the comfort of your own home, or garden, or roof (don’t laugh, somebody actually does this). Excursions to the local wood, marsh or zoo are strictly prohibited, in fact excursions beyond the boundary of your estate are taboo. The clue is in the title and wherever you live that’s your lot.

Having made it to the patio doors without tripping over, I took a bleary eyed peek out of the window. A lot of grey but not much else until a Dunnock obligingly hoped onto the old cherry tree. We’re off! All of a sudden the day took on a bit of purpose.

What else was about? Woodpigeon, fat and contented perched in the apple tree, a blackbird tucking into an actual apple. A good enough start to mull over whilst spilling porridge down my dressing gown. The day is made more interesting by having a couple of friends from elsewhere in the county taking part; a local competitive edge to proceedings. Wonder how they’re doing? Let’s have a look……what the heck! A message from Ros (she lives in a village nobody can find because all the signs point in the wrong direction) who is already on 13 species, including Pink-footed Goose and Fieldfare, and it’s not even 8am. I’m going to have to get my skates on. What about Allan? Aha! he’s on 3, that’s more like it. Time to get properly dressed and take this seriously.

It’s cold outside, too cold to venture out for long, so I open the study window to give me a chance of hearing anything that feels like squawking, and scan the skies. Hello! A big bird flapping leisurely across the rooftops: Grey Heron, a good one. Hmmm what else…. Common Gull, oh! Blue Tit, two Blue Tits in fact, and a Robin singing its lament from the shrubbery. A small flock of Starlings arrowing east and a couple of Herring Gulls circling around  seeking opportunity for a snack. Chaffinch in the holly brings me to a nice round 10. It’s 9am and time to catch up with the South Norfolk beauty I think. Blast! she’s on 19 with a Pheasant on her garden fence. All I have on mine is moss. What’s Allan (another beauty in his own way) doing?  Still on 3, but it’s early days.

I’m alert to any and every movement in the jungle that is my garden and for the next couple of hours, between writing an ID guide to waders and slurping coffee, I raise binoculars to home in on the small shapes tazzing around in the bushes. Goldfinch, Great Tit and Greenfinch are ticked off in this way, whilst Jay, Carrion Crow and Collared Dove give less trouble.

It’s somewhere around 10.10 that a message arrives complete with a picture of a bird perched atop a conifer (see image). Is it, could it be? Yes, it is a Crossbill. She’s done it again and has passed the 20 mark with a stonker! Was I envious? Not one jot, my Magpie was every bit as good.

By midday my score stood at 19 with a most unexpected Great Spotted Woodpecker chiselling chunks of bark off the apple tree. Ros was on 99 or something and Allan had barely scraped into double figures. And with the light already beginning to fade I wasn’t confident of adding much more to my tally. A venture out into the garden in the hope of flyover geese or thrushes proved fruitless and the daily Wren was nowhere to be seen. But hang on, what’s that zipping around in the old Xmas tree? Yay! Coal Tit. Excellent, and that little gem took me to 20, followed almost instantly by the happy chirp from a distant Jackdaw. 21, same score as the spring event which was pleasing.

Sadly, that’s where it ended for me. A sit down session hoping for big gulls going to roost in the last hour of daylight was a complete bust, and that pesky Wren just didn’t want to play ball. Our Hardwick heroine was ahead on 24, with our Wymondham Whirlwind having pulled himself together to amass a respectable dozen.

The gloom of an early dusk curtailed visible birding, but there was always the chance of nocturnal ticks. We all decided to wait until much later in the evening to listen for owls and any passing late migrants. It was actually good fun sitting out in full dark straining ears for the slightest birdy noise. It was also surprisingly mild. Needless to say I heard nothing except music playing from a nearby household and the drone of traffic drifting from the ring road. No owls for me. But the other two hit jackpot and both scored Tawny Owl around 10.15. Well done both.

Our mini competition was great fun and added a bit of spice to the day. I collated the results: Ros: 27, Me:21, Allan:13. Darren himself scored a very respectable 26, which for his spot in a genteel suburb surrounded by the frozen wastes of Newcastle-upon-Tyne is remarkable. Proving that just because the pubs are shut, denying local birds their bottle of Newkie Brown and their tabs, doesn’t stop them putting on a show when needed. Congratulations too to all the hardy folk that supported this event and managed to see some really good birds. Hope you all had fun.

Total species recorded between us Norfolk trio: 34. Needless to say those northern isles birders with a whopping great estuary beyond their garden gate did rather better, but what you see is what you see. It’s just about enjoying the birds and making some connections during this time of distancing. Well done Darren my buddy, I hope for all the right reasons that we don’t have to have another Lockdown Garden Birdwatch. A simple Garden Birdwatch will do, or maybe a County Birdwatch……now there’s a thought.

As a point of clarity, most of the images in this article were not captured on the day, but are included because they’re pretty and make it all a little more visually attractive.